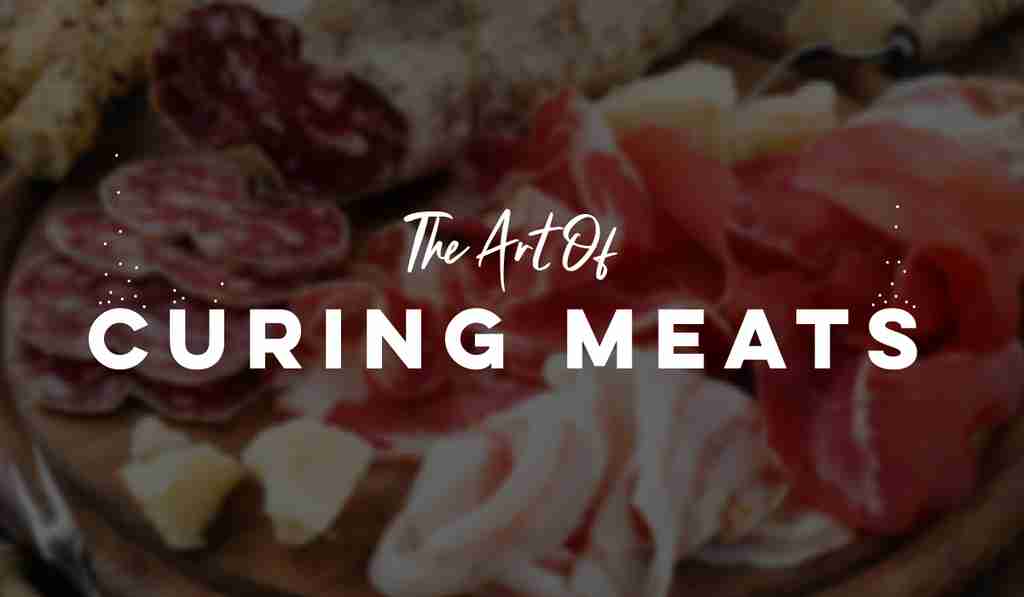 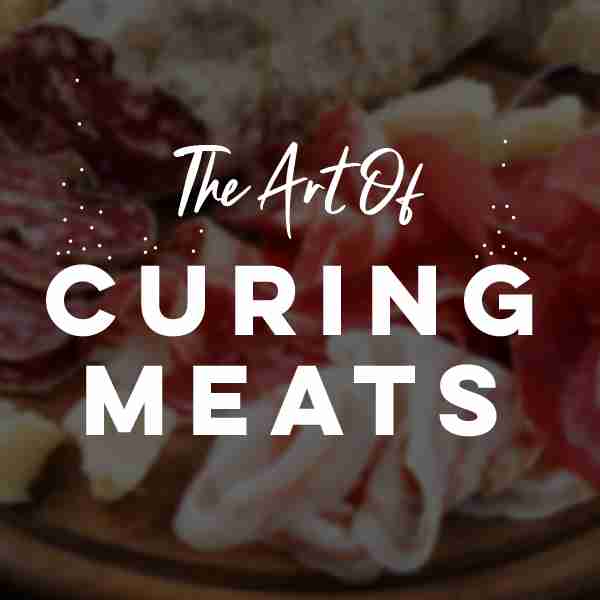 “What exactly is curing? Is curing different from fermenting?”

Curing is the process of preserving meat by adding salt, sugar, and/or nitrates  to fermentation, drying, or smoking. Bacteria cannot grow if there is insufficient available water for them to live, or relatively inhospitable levels of sodium. The use of a curing agent prevents the growth of bacteria most notably in salamis, Clostridium botulinum.  C. botulinum produces the toxin resulting in botulism, a very serious form of food poisoning.

There is some academic dispute as to the origin of the name “botulinum” and “botulism.” Both are definitely derived from the Latin, “botulus,” meaning sausage. Most sources indicate this is a reference to an outbreak of “sausage poisoning” in Germany centered around Württemberg at the end of the 18th century later identified as what we now call botulism. However, recent scholars claim botulism was named for the shape of the bacterium, which happens to be sausage-shaped.

The history of using curing agents to preserve meat is at the very least millenia old. Written records indicate curing began between 850 and 350 BCE, though records of cave paintings in Sicily put the start of curing meat as far back as 40,000 BCE, and likely used a combination of salt from evaporated sea water and ash from plants to cure meat and aid in the drying process.

In contrast to curing, fermentation is the introduction of a safe bacteria used to lower the pH of the meat (we use a lactobacillus similar to the kind which makes cheese or yogurt, though cultivated to ferment in meat instead of milk.) While lowering the pH of meat can prevent C. botulinum, it would make the meat too acidic and ruin the flavor and texture. But by lowering the pH a little bit we can prevent the growth of Salmonellae (responsible for salmonella poisoning) and Staphylococcus aureus (which results in staph infections.) 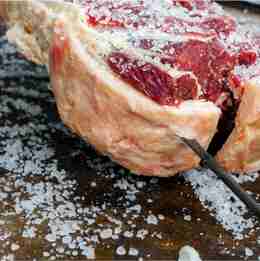 “So what about nitrates? Aren’t they bad for you?”

Well what about spinach salad? Isn’t that bad for you? Nitrates naturally occur in human saliva, fruits, and vegetables- most notably leafy greens from which commercial nitrates are extracted. Spinach contains, by weight, between two to twelve times the amount of nitrate that the USDA allows in salamis.

Often sausages or salamis are labeled as “including no added nitrites or nitrates,” meaning that no commercial nitrates or chemical salts were added during the process. It does NOT mean that the product is free of nitrates or nitrites! Tricky little food labeling, huh?

It just means their nitrates come from things like celery juice or chard, which contain naturally occurring nitrates, but at unregulated levels. MeatCrafters uses only lab-tested celery powder to ensure we have the right amount of nitrates- no more or less than is necessary to cure our salamis. 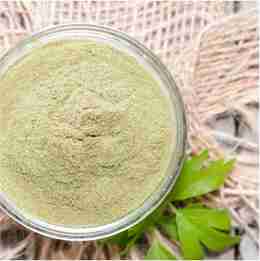 “OK, so how do you make salamis and charcuterie at MeatCrafters?”

All of our salamis here at MeatCrafters are cured, fermented, and then dried. The whole muscle products we carry (Lomo, Bresaola, Duck Breast Prosciutto) are cured and then dried with no fermentation step. Because the whole muscle products aren’t ground, fermentation isn’t necessary, all you need is salt and time at the right temperature and humidity to make delicious, safe to eat charcuterie.

As we develop new products for our fans, we will always use the best techniques and the highest quality ingredients. Unlike bigger brands, we don’t cut corners in the process of making our meats just to save time and make more money. We pour our heart and soul into safely creating the most delicious products available. 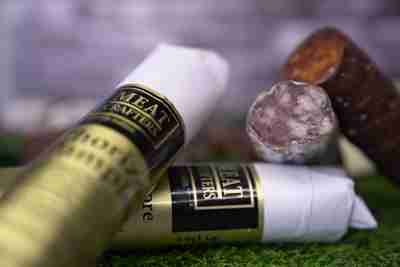 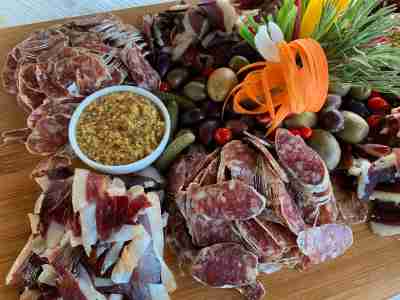 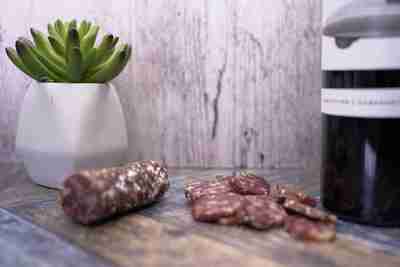 Make sure you upload your recipes and cooking tips to social media and tag us! We love to hear from our fans and see what YOU create with the MeatCrafters products. Who knows, maybe we will feature your custom creation on our social media! You could be the next MEAT MASTER!

Thanks for being a fan,

Who wouldn't want the freshest quality meats at their dinner table?

At MeatCrafters, we say, "inspired by tradition, naturally." People shouldn't have to worry about the quality of their food and whether it contains harmful ingredients.

You should be able to sit down for a meal knowing that your food contains only all-natural, fresh ingredients. That's why we created MeatCrafters and our line of salamis, cured meats and sausages. Our collection will satisfy even the most discerning of palates. At MeatCrafters, we pride ourselves on using only the best of the best ingredients. Our line of salamis, cured meats and sausages will help you awaken your sense of taste in a way you never thought possible.

CHECK OUT OUR PRODUCTS What people are saying about MeatCrafters...

"Excellent customer service. This is a company you need to support. Great food and will definitely be purchasing more in the future. Thanks!" — Quinten

Try our line of all-natural meats by MeatCrafters

CHECK OUT OUR PRODUCTS

All MeatCrafters Products are tailor-made for people who appreciate high quality meats.

We care about making our products tasty and healthy for you. Using only the highest-quality ingredients, locally sourced and produced in small batches  – MeatCrafters is just pure stomach happiness. See what people are saying!

"Just get this meat in your mouth ...you can thank me later! As a food professional, I'm not at all reluctant to give these folks three huge thumbs up!"

"MeatCrafters participates in the Saturday Rockville Pike market and the Sunday Bethesda market. Their bratwurst is fantastic!!! I say that as someone who both grew up in Wisconsin and has lived in Germany.  Their landjaeger is also great, and something I've not really seen outside of Wisconsin."

- Dee B., A happy MeatCrafters customer

"Thank you for your great products. I love your sausages. Your cold packaging is nice and neat for long distant shipment 📦"

We only use REAL naturally ingredients. Our meats are free of antibiotics and growth hormones. If you can pronounce all of the ingredients on the labels, then you know its healthy! So enjoy our sausages worry free!

Each product is carefully crafted by hand in small batches. We grind and blend our spices fresh every morning.

We grind and mix our spices immediately before production. We never use pre-made spice blends.